The Bay series 3 has been met with mixed emotions from former cast members, and one of the main leads Morven Christie is unwilling to return for a fourth season. The actor’s reasons for exiting are an ongoing dispute over creative control that was allegedly never resolved; however, Netflix claims the decision isn’t about that at all.

The “the bay season 3” is a show that has been on the air for 10 years. The creator of the show, Ryan Murphy, has said that he was personally sad to see Morven Christie leave the show. 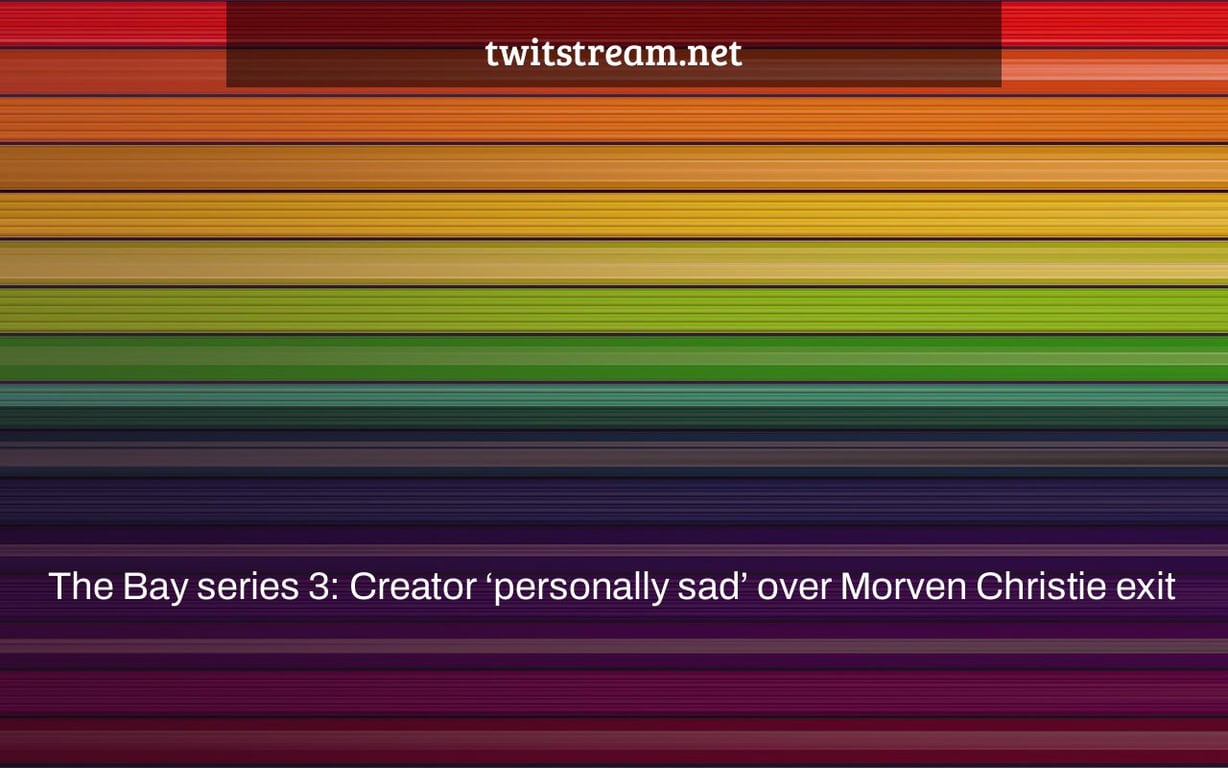 For the previous two seasons, viewers have been following Lisa’s narrative (Picture: ITV)

Daragh Carville, the program’s co-creator and writer, has spoken out regarding Morven Christie’s departure from the show, expressing his optimism for the drama’s future with Marsha Thomason as the new protagonist.

The ITV show is slated to return for season 3 later this month, sending fans back to Morecambe Bay for a fresh, fascinating case.

The future episodes will follow DS Jenn Townsend (Marsha) as she relocates to the region with her children and boyfriend to investigate the murder of a young boxer while adjusting to her new position as a police FLO (family liaison officer).

Members of the cast and crew attended a press event attended by Metro.co.uk and other journalists ahead of the crime drama’s comeback, with Daragh expressing his delight that the program is back.

‘Obviously it was a major shift when we learnt that Morven was going on,’ he added of Morven’s departure, having portrayed the main character DS Lisa Armstrong for the first two seasons.

‘I felt extremely sad because she was so amazing in this show in series one and two, she contributed so much to that character, and I loved writing for her, for Lisa,’ says the writer.

When she said goodbye to the part of Lisa, Morven regarded it as a “gift.” (Photo: Ben Blackall/ITV/Rex)

‘At the same time, it was sort of a chance to reimagine things and freshen the show and see what more we could do with this universe and these storylines,’ he said.

While it was a “sad” that Morven had to leave the group, he said it was “very thrilling” to welcome Marsha to the show.

Jenn, Marsha’s character, is a distinct character in her own right, yet she shares certain traits with Lisa.

Daragh stated that FLOs must possess specific characteristics in order to do their duties well, including being ’emotionally responsive and sensitive,’ as well as a ‘degree of toughness,’ which is where the parallels may be found.

Marsha was selected in the main part “as soon as we saw her,” according to the scriptwriter, who described the casting decision as “very obvious.”

‘As an actress, it’s really good to hear that, because we audition all the time and we’re just throwing something against the wall,’ Marsha said. So it’s great when someone says, “We watched the video and it was you.” Because it isn’t always us. So, thank you very much, Daragh.’

Marsha, who had already been cast as Jenn when the second season premiered, said that despite having worked in the business for “a very long time,” she had “never been the star of anything.”

‘I’m usually at number three or four, which is wonderful, but I’ll tell you what’s really nice — number one!’ she stated

‘Honestly, this is the finest part I’ve ever performed.’ It allowed me to be in practically every scene and follow Jenn through her professional and personal lives. ‘I was really ready for this challenge and opportunity, so I was really looking forward to it.’

On Wednesday, January 12 at 9 p.m., The Bay returns with a new season.

Do you have a story to tell?

If you have a celebrity story, video, or photos to share, please contact the Metro.co.uk entertainment team by emailing [email protected], phoning 020 3615 2145, or visiting our Submit Stuff page.