North Hollywood mourns the life of a young woman whose death sparked protests and calls for justice. The demonstration was reportedly peaceful, with many expressing their thoughts on social media. Authorities said they would not arrest those who peacefully protested. 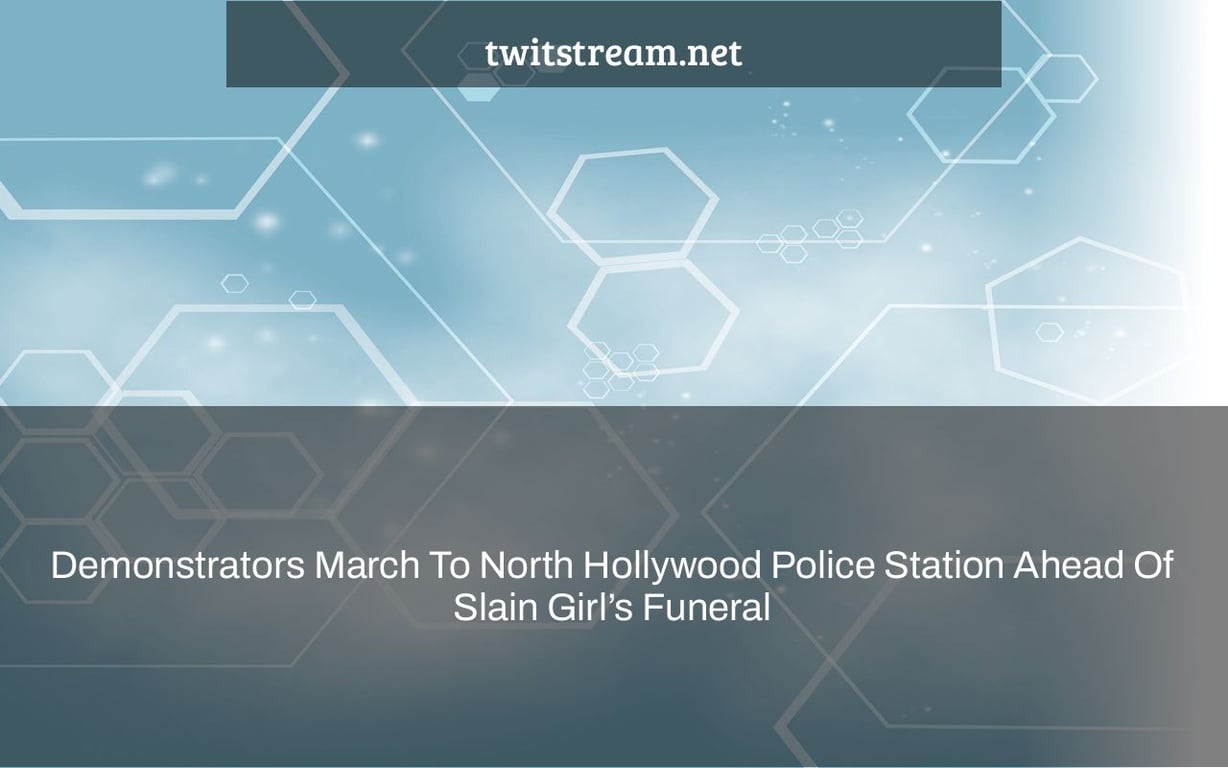 (CBSLA) – LOS ANGELES (CBSLA) – Valentina Orellana Peralta, 14, was killed by a stray bullet fired during a police shooting at a North Hollywood apparel shop on Dec. 23. A public viewing was conducted on Saturday for her.

The visitation was place at Angelus Funeral Home in the Leimert Park neighborhood of Los Angeles, on Crenshaw Boulevard.

Later Saturday, a group of protestors marched from the Burlington shop on Laurel Canyon Boulevard to the LAPD’s North Hollywood station on Burbank Boulevard to demand justice for the girl’s death. Valentina’s funeral will be held at City of Refuge Church in Gardena on Monday at 11 a.m. The Reverend Al Sharpton will preside over the service and give the eulogy. Attorneys Ben Crump and Rahul Ravipudi will also talk about Valentina’s case and reiterate their appeal for justice.

Three members of the Los Angeles City Council submitted a resolution on Friday aimed at assuring public openness throughout the investigation into the murder, which occurred when officers were responding to an assault suspect who was randomly striking customers with a bicycle chain lock.

The motion, which was presented by Paul Krekorian, Councilwoman Monica Rodriguez, and Councilman Kevin de Leon of North Hollywood, demands a report from the LAPD on the progress of the internal inquiry as well as the department’s participation with two additional investigations into the incident. It also asks for a report on the department’s rules and procedures for protecting bystanders during use-of-force situations, as well as practices and regulations in the aftermath of reports of an active shooter, which the LAPD responded to at the Burlington shop despite the suspect not possessing a gun.

The chief legislative analyst was also directed to report on best practices from other police agencies for decreasing the use of fatal force and safeguarding bystanders when force is used.

The motion also asks for the release of any remaining records from the shooting, such as body camera video, 911 calls, and radio transmissions, from the LAPD.

READ MORE: A San Pedro resident remains shaken when a car plows into his home, killing the driver, on Friday.

While police revealed body-worn camera footage of the shooting on Monday, attorney Ben Crump, who represents Valentina’s father, said last week that the family’s lawyers think there is more security video from the Burlington shop, which they are attempting to get. The LAPD has previously published several security footage recordings.

“As the city mourns this terrible loss, it is critical that the Council and the public hear all of the facts regarding what happened and how the murders at the Burlington shop may have been averted,” the motion read.

In his probe into Valentina’s death, Mayor Eric Garcetti stated Thursday that the city would “look exhaustively” at everything, including training, tactics, and rules.

The findings of the inquiry will be handed over to the California Department of Justice’s Special Prosecutions Section under the Criminal Law Division for independent review once it is finished.

While officials investigate the killing, LAPD Officer William Jones, who shot Valentina while engaging the suspect, has been put on administrative duty. Jones had just attended a course on how to deal with an active shooter scenario, according to the officer’s union, and was following his training. Jones should be arrested and charged with involuntary manslaughter, according to a coalition of civil rights organizations.

The culprit, Daniel Elena Lopez, 24, was fatally shot by police, but a gunshot fired by Jones entered a wall and hit Valentina.

The tragedy caught President Joe Biden’s attention, and he expressed his sympathies to the people of Chile, where Valentina was born, during a phone conversation with Chilean president-elect Gabriel Boric on Dec. 30.

Valentina moved to Los Angeles with her mother six months ago with aspirations of becoming a robotics engineer and a citizen of the United States.

US airlines battle with disruption of flights for 12th consecutive day