A woman who had eight miscarriages has welcomed her first child after 13 years of trying. The couple are elated by the ‘miracle’ and hope that their story will encourage other couples facing fertility problems to seek help earlier. 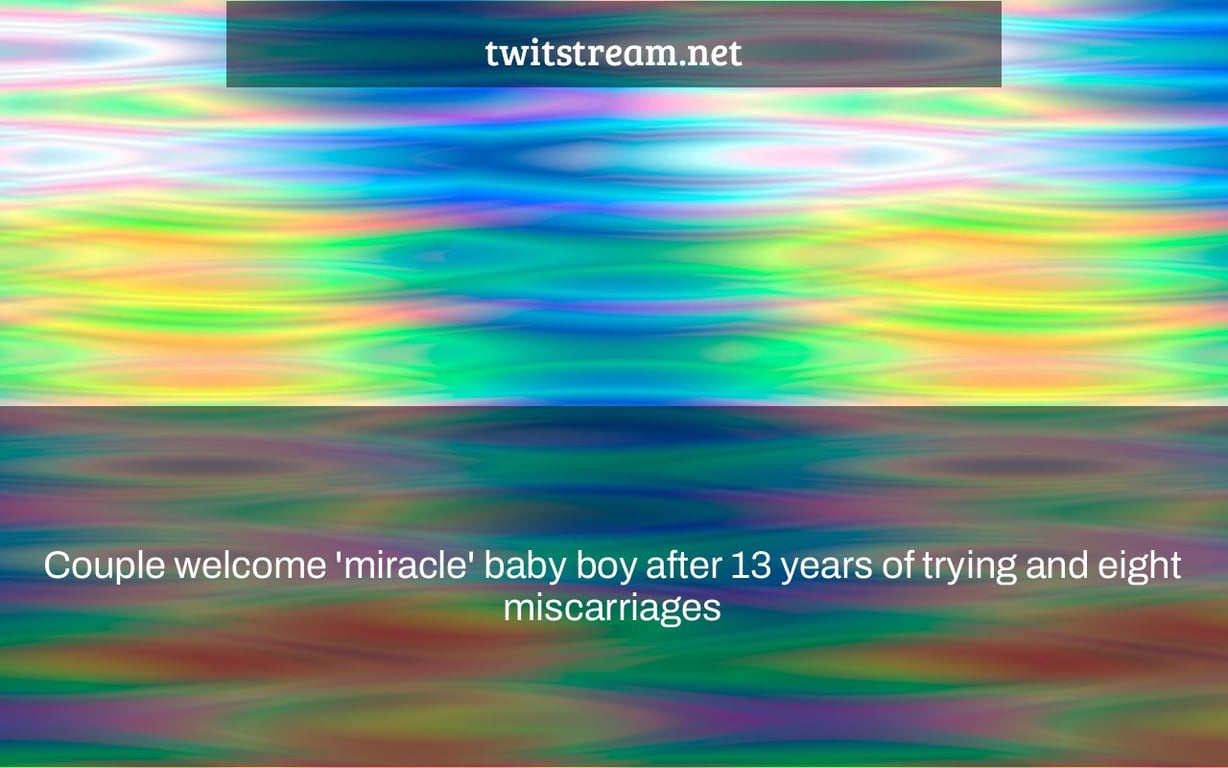 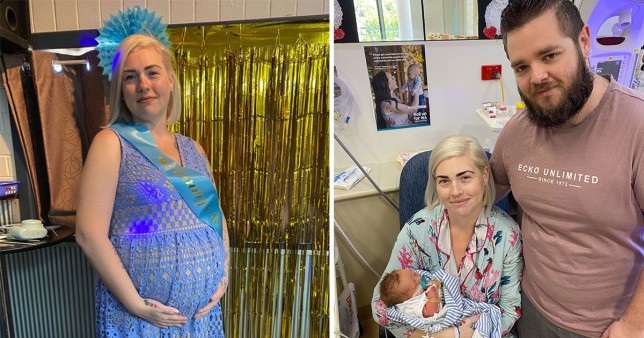 Carissa Morris and her husband Dave are looking forward to spending the holidays with their kid for the first time (Picture: Caters News)

Carissa Morris and her husband Dave are excited for their first Christmas with their’miracle’ son, Oliver, who was born on December 17, 2021, after the pair had been trying for a child for 13 years.

Carissa, 33, had eight miscarriages and the loss of a daughter during her arduous reproductive journey.

‘We tried for years and years naturally to have a kid,’ Carissa, an engineering planner, said.

‘We tried many times to conceive, but we had several losses and never made it beyond six weeks.’

‘We ultimately had tests done and discovered that one of my tubes was clogged, and fluids were backing up into my uterus, which was poisonous.’

‘I had my tube removed, and then we discovered we had male factor infertility.’

‘There was a problem with my husband’s fertility,’ says the woman. 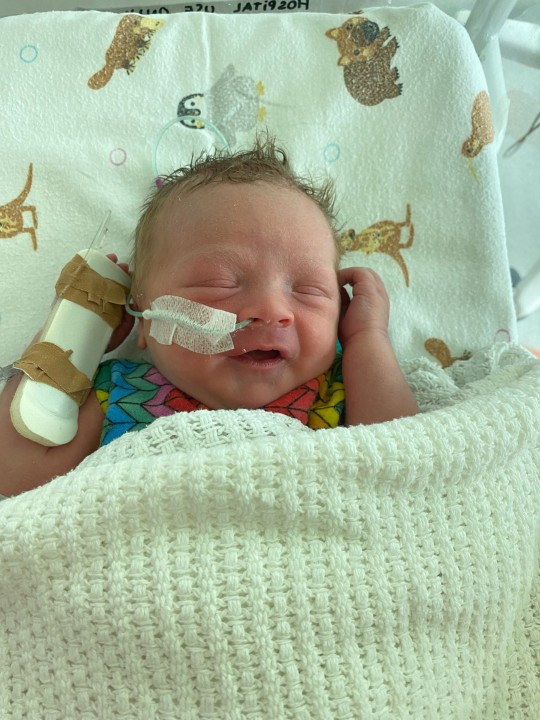 Following this revelation, the couple was recommended to pursue ICSI IVF, in which the sperm is directly implanted into the embryo.

Carissa, from Wickham, Australia, found she was pregnant two weeks after their first round of IVF yielded just one embryo for transfer.

‘It was definitely the finest feeling in the world when I found out I was pregnant, second only to holding him for the first time,’ she recalls.

Oliver weighed a healthy 6lb 7oz when he was delivered at St John of God Murdoch Hospital.

Because the infant boy had respiratory issues immediately after delivery, the family will be spending Christmas in the hospital. 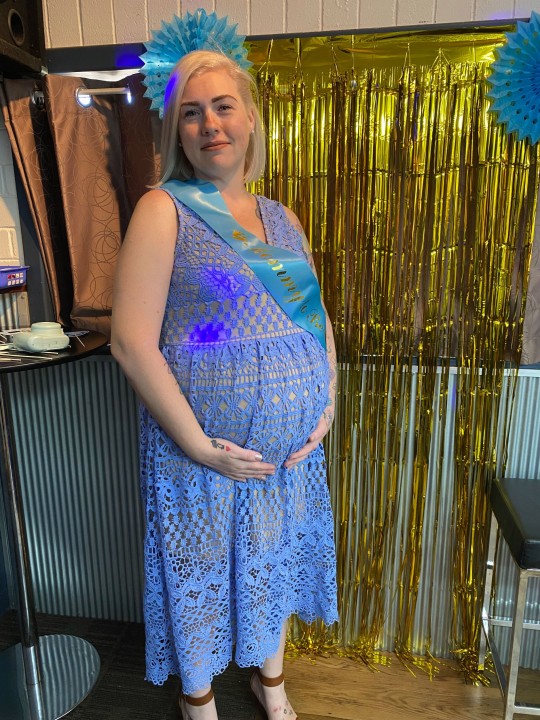 ‘He was three weeks early and was born blue; his oxygen level plummeted to 20% for nine minutes, and he was intubated right away,’ Carissa said.

‘Nurses and physicians worked on him for three hours to stabilize him.’

They had the NETS crew, which is the Neonatal Emergency Transport Service, come in and put him in their neonatal ambulance after he was stabilized.

‘I could only touch his chin with my finger before he went, so the fact that I was able to hold him in my arms 30 hours later was nothing short of a miracle.’

Despite these difficulties, the new parents are happy and can’t wait to bring their baby home when he’s ready.

‘It was fantastic to be able to hold Oliver for the first time,’ Carissa said. 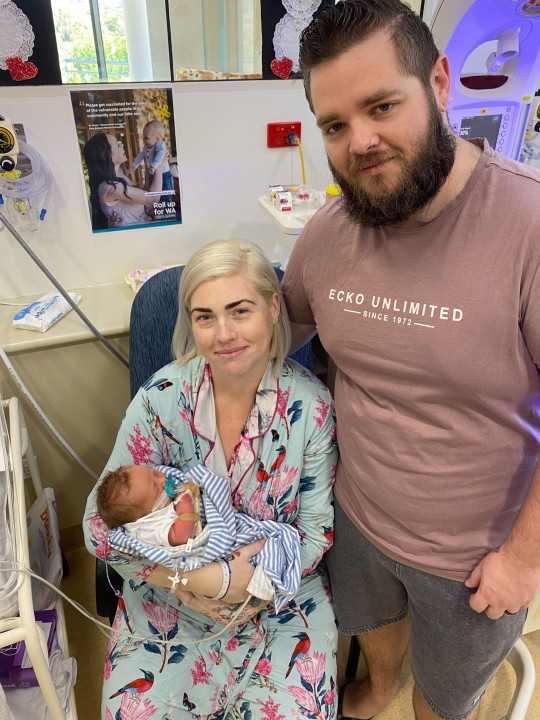 The family will have to spend Christmas Day in the hospital, but if Oliver is well enough to return home, they will shower him with presents. (Photo: Carissa Morris / Caters News)

‘He has everyone wrapped around his little finger.’

‘He is now being fed 45ml every meal using a nasal gastric tube since he does not yet have suck reflux.’

‘He began with a gastric tube because doctors suspected he had a stomach blockage that would need surgery.’

‘We’ve had scans done and he doesn’t have that, which is excellent, but he will be gastric tube fed as a need to ensure he doesn’t lose weight.’

‘We’ll spend Christmas Day with him in the NICU, and we’ll celebrate Christmas after he’s out of the hospital, giving him all of his gifts.’

‘We were hoping he’d be out before Christmas, but that’s not going to happen, and we know he’s in the finest possible location to get the care he needs.’

‘It was simply a miracle to know it had worked, that it had truly worked for us,’ says the author.

Do you have a story to tell?

Send an email to [email protected] to get in contact.

MORE: After a litter of pups snuggled up to her, an abandoned newborn infant survived.

MORE: Mum reveals how to make a magical dust-repellent spray